The Siege of Lucknow was one of the most terrible incidents of the uprising in 1857. It was prolonged for 87 days before it  was finally relieved. In its remembrance the English poet Lord Alfred Tennyson penned ‘The Defence Of Lucknow’. It is a fairly lengthy poem, its first few lines are quite striking.

BANNER of England, not for a season, O banner of Britain,

hast thou floated in conquering battle or flapt to the battle-cry!

Shot thro’ the staff or the halyard, but ever we raised thee anew,

And ever upon the topmost roof our banner of England blew.

The British banner did fly and flutter and saturated Lucknow skyline for next nine decades but it did  collaterally sweep, snuff and ravage its unique ‘Tehzeeb’ (refinement).

For Lucknow had always been as Shakeel Badayuni says,

There were also many  more dismal and disconsolate voices of the same era which were traumatized not only in Lucknow but also in Delhi.

(Delhi in all it’s ruined destruction was better than Lucknow. It would’ve been better to have breathed my last there).

(Left Delhi earlier now will leave Lucknow,Two towns were mine both proved wretched)

(Delhi did immensely ruin me (Bismil), But swear by God Lucknow has plundered.) 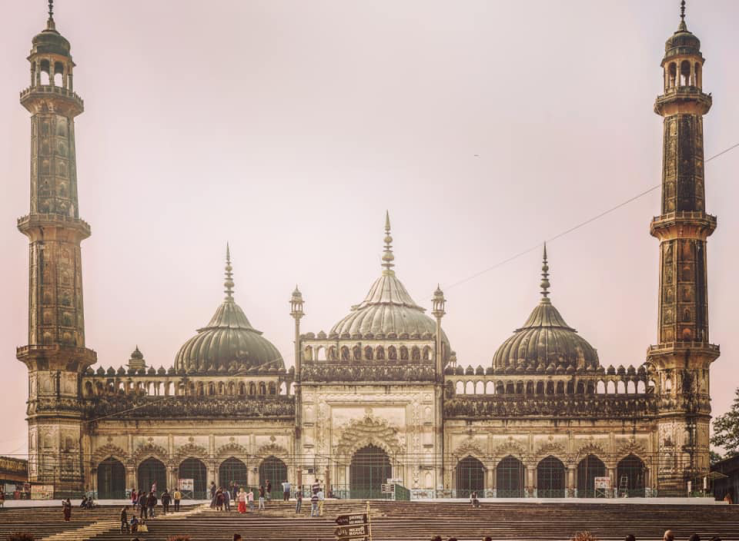 The Britisher’s may have warped and doused our minds and subjugated us, but now after over six decades after they have left, where are we and what have we done, not only to ourselves but to the very heritage, legacy, norms, standards, principles and so on? I remember the Lucknow of nineteen eighties, leaving aside tehzeeb etc, I found it then with clean surroundings, fresh unpolluted air, orderly traffic and decent and polite gentry. I purchased a house here contemplating  enjoying my retirement in the city with rich culture and elegance. However, my recent visit to Lucknow has saddened me and  also caused distress and agony.

There is filth and trash strewn all over even in places like Hazratganj, the traffic is paralyzed with ineffective guidance, the air is so polluted that after a week my coughing increased with heavy breathing and the reports of the crimes in the media, which I am told is now part of accepted routine.

Where is it leading us to? We do have systems such as municipalities, town planners, policemen and so on. However, the common denominator is that the systems are run by humans and they are all very busy with themselves ignoring the rest. What message are we giving to our younger generations? Is this our heritage? Do we tell them that we are satisfactorily leading a happy life which suits our culture and our society?

Seriously, is there any way out? Can we not improve to change for the better? Me? When In India. I have decided to spend my retirement in a more organised and healthy town which also happens to be in this country. Yes we do have oasis in and around us!

I am extremely thankful to Jafar Shameem (Arshi) for permitting me to use the beautiful pictures that he captured during his recent visit to Lucknow.